What is the matter?

The government has brought out  the eternal flame of the Amar Jawan Jyoti beneath India Gate and merged it with the one established at the National War Memorial in 2019 a few hundred meters away.

The step by Central Government has sparked a political row, with Opposition leaders claiming that it was disrespect to the soldiers who have laid down their lives fighting for the country.

What was the Amar Jawan Jyoti and reason behind its construction?

The eternal flame at the Amar Jawan Jyoti is an iconic symbol of the nation’s tributes to the soldiers who have died for the country in various wars and conflicts since Independence underneath India Gate in central Delhi.

How the eternal flame was kept burning?

For 50 years the eternal flame had been burning underneath India Gate, without being stub out. On Friday, the flame was finally put off, as it was merged with another eternal flame at the National War Memorial.

With the inauguration in 1972, it used to be kept alive with the help of cylinders of liquefied petroleum gas, or LPG.

It was changed in 2006 that was changed with the fuel for the flames from LPG to piped natural gas, or PNG. This piped gas that the flame marking the tribute to Indian soldiers had been kept alive eternally.

Why was it placed at India Gate?

The India Gate was made by the British in 1931. It was erected as a memorial to around 90,000 Indian soldiers of the British Indian Army, who had died in several wars and campaigns till then.

What is the National War Memorial? 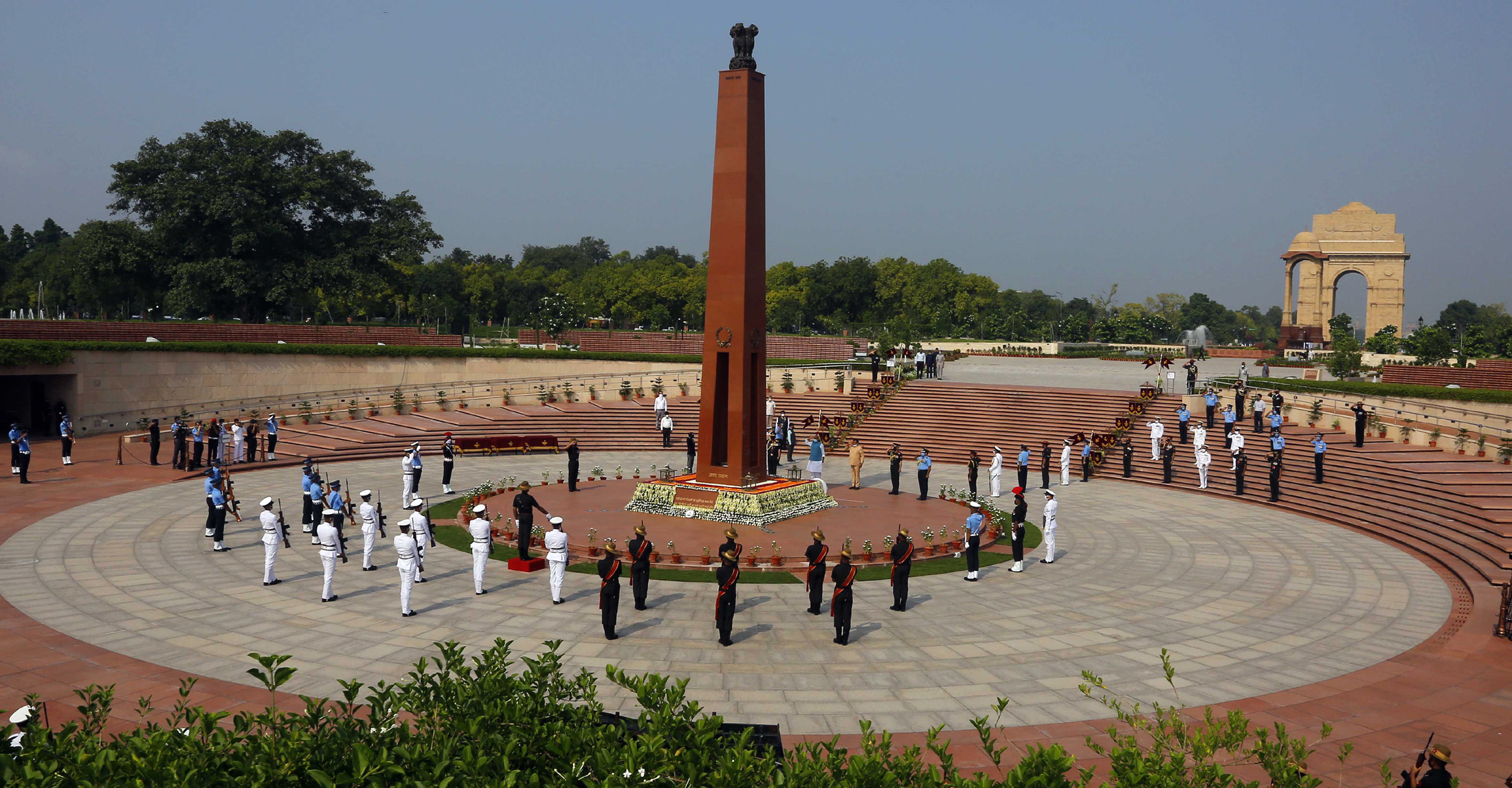 The National War Memorial was inaugurated by Modi in February 2019 which has an area of around 40 acres. It was built to commemorate all the soldiers who have laid down their lives in the various battles, wars, operations and conflicts of Independent India.

The flame from the Amar Jawan Jyoti at the India Gate will be merged with the flame which has been kept burning since 2019 at the time of the memorial was unveiled. The flame is a symbol of the immortality of the spirit of the fallen soldiers, and a mark that the country will not forget their sacrifice.

Q1. The flame from Amar Jawan Jyoti at the India Gate will be merged with which flame?

Ans. It will be merged with the flame at the National War Memorial

Q2. In which year National War Memorial was unveiled?

Q3. In which year Amar Jawan Jyoti at the India Gate was inaugurated?

Ans. In 1972 after India- Pakistan war in December 1971 by then PM Indira Gandhi